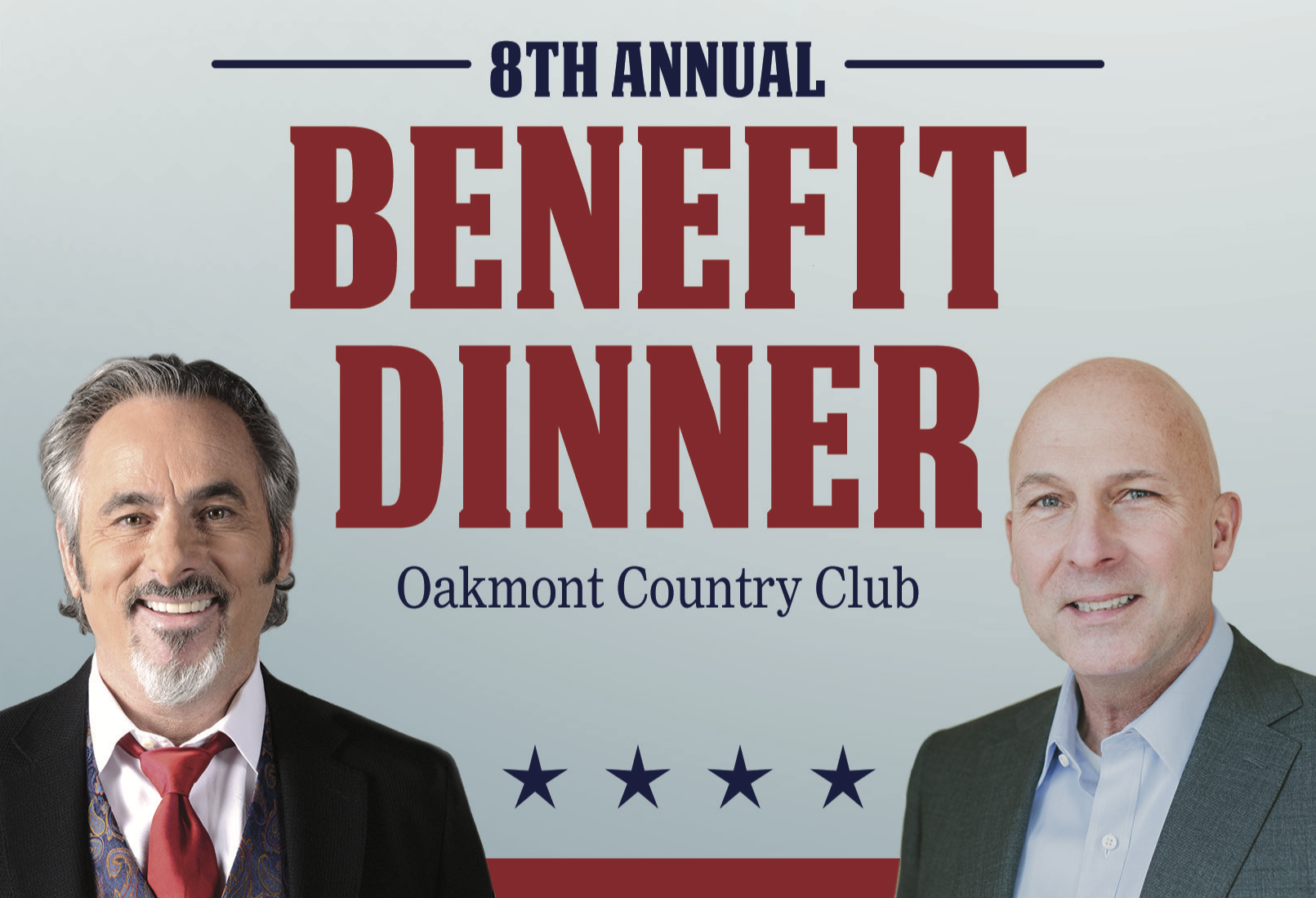 Please join us on Thursday, October 10th at Oakmont Country Club for a unique and entertaining benefit dinner, hosted by David Feherty for the Feherty’s Troops First Foundation. This event will feature some of Feherty’s special guests. Over the last 8 years, Feherty’s Troops First Foundation has changed the lives of countless veterans for the better. More than 90% of every dollar raised goes directly to support (4) primary initiatives: The Leroy Petry Village of Honor, Operation Proper Exit, 24/7 Battle Buddies and Warrior Call. Come check out the new 42 foot Warrior Call Mobile Command Center aka “Big Doc” displayed onsite along with resident service dog, Finn.

Our featured military guest is United States Army Lieutenant General Joseph Anderson (ret). Anderson has held various military roles culminating in Deputy Chief of Staff for the U.S. Department of the Army. In this position, he carried out the role of Chief Operating Officer for the entire U.S. Army, responsible for all operations involving more than 180,000 soldiers deployed in 140 countries as well as supporting all emergency operations in the U.S., including relief efforts for disasters such as Hurricanes Irma, Maria and Florence.

Sally Wiggin is returning as our emcee and auctioneer for a variety of live and silent auction items. New this year...tickets to a live taping of the “Feherty” show in Orlando and dinner with David Feherty after the shoot! Other exciting items include the 2020 Honda Indy 500 Spectacular, Oakmont and Laurel Valley golf packages.

This is your opportunity to make a difference in the lives of combat wounded veterans. We need your support to continue these valuable initiatives. Come and meet some of our Warriors. They are heroes who deserve our support and celebration!